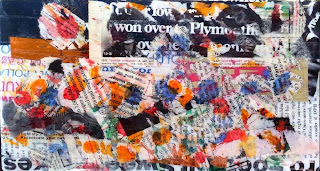 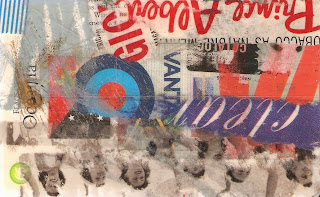 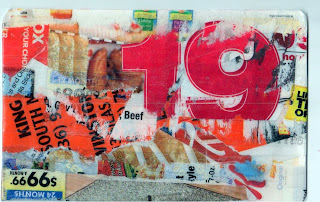 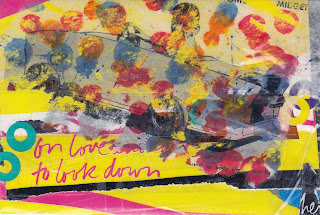 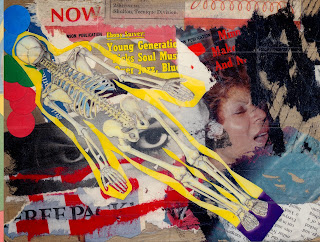 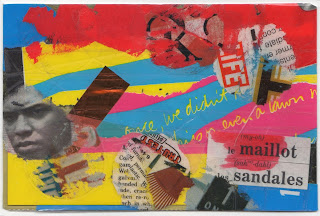 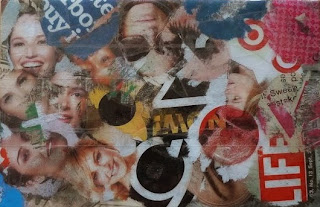 A lot of kind folks have been posting images of my New Year cards. I’ve sent forty of them by now and here’s seven. I need to make another batch this weekend to stay ahead of the days. I don’t think I could ever do the Mail Art 365 thing, a card a day, but I can get pretty close to it. My mail art making comes in ebbs and flows. Sometimes I’m making a lot of mail art which generally means I’m not making a lot of “music,” or doing a lot of writing.

At this exact point my focus has started to shift to my zines nearly a month after I promised they would be done. The friend’s zine, Sad Jokes No. 8 has been finished for some time, but my personal zine, the one I did for November, took a lot longer to proofread than I had originally hoped. All together that thing ended up being almost 30,000 words, which didn’t hit the 50,000 goal but was a good effort for typing for just one month. I think it’s the funniest of all my zines if not the most chaotic since there’s no theme or goal other than to write. I’ll post more about the zines later. I have to mail them to the participants before I offer them to a less than interested general public.