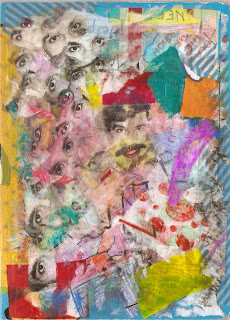 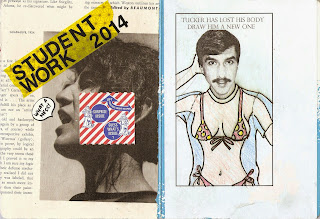 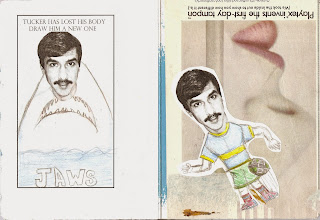 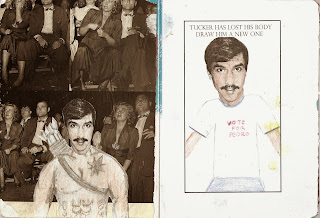 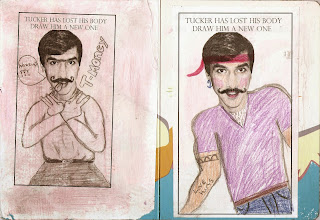 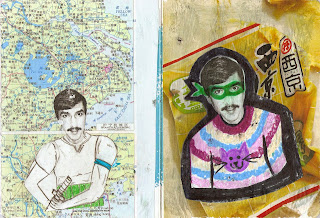 This project (an ongoing one) has gotten much larger in scope than I initially wanted it to. It started with six songs about the wonderful club owner / lover, Tucker. The only reason I did the EP was because he seemed to be the only person that cared about the “music.” As a “thank you” I decided to write “songs” about his height and love of soccer. A couple months ago I decided to make some collages out of his visage. I mailed all of these to him as I created them, maybe ten or twelve in all. To step up my game, I called on my students to help me in moving around this cutie’s head. Since I spend finals week reading research papers, my official and forced finals consist of my students “drawing something”…mostly filling in an image I find online. This time I took one of his pictures and made it into a fill in the blank game. Here you have my favorite images of Tucker pasted into a book. About 80 students completed this final. Many asked if we were going to be friends after I showed him the images. My response was, “I’m sure.” Doing this one thing has gotten me thinking that I can do much more. This is only the first in a series of many ongoing projects that will take months to unfold.