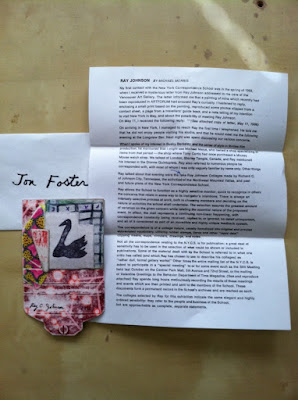 Circulaire132 said…
Hi Jon,
Thanks for sharing this great history between you and Richard Canard. I received a couple times cards from him and responded a few times. Then everything sort of stopped. I concentrated my attention on my mailart zine project Circulaire132. I now Have to look thru my archives to find Richard Canard's mailart.
Regards,
Reg
October 11, 2015 at 11:39 AM