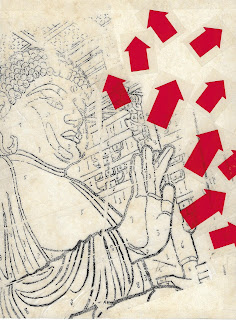 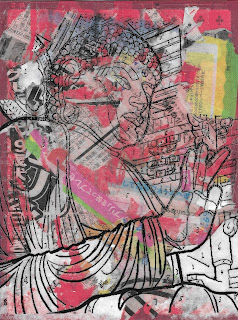 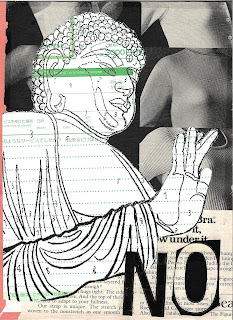 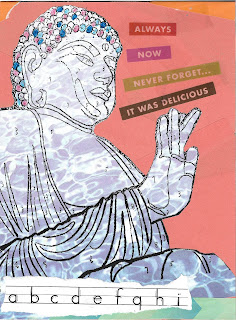 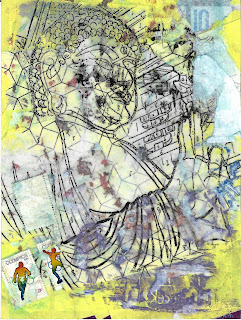 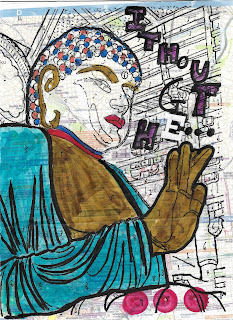 I went to one of my favorite thrift stores in Winston-Salem, the Salvation Army in front of Parkland high school. It’s my favorite thrift store because it’s so junky. I like the junk. I love piles of garbage to the ceiling. I like how everything ends up with a price tag whether it’s broken, or expired. You can always find something interesting at a junk thrift store, the junkier the better.


The section I go to first is the piles of books in the very back in front of the toilets. The books there are in a kind of purgatory, they just sit there until that old lady wheels them out to the front. This same lady does the exact same work at the Habitat for Humanity store. I guess she’s a book organizer for hire. Not a particularly nice lady, she’s kind of stern and rarely smiles, but she’s in charge of large piles of paper so I appreciate her work. I’ve seen her at that Salvation Army for years, maybe six or seven…maybe more?


Namely I look for old books. Books that I can reuse a few images from. Book that I can use the hardback covers for other collages. Since this particular store normally has insane sales (just yesterday you could buy twelve books for one dollar) I end up coming out with a lot of things. I look for black and white images of bodies in strange positions, I look for out context images, I look for weird images that get ripped out, cut up, and mailed around the world.


I picked up a book that I think was paint by number and flipped through the pages. I stopped on an image of Toda-ji temple, the infamous temple in Nara Japan where the big Buddha lives. I’ve been there, twice. When I found the image in the paint by numbers book, I had just gotten back from there, like a month before. That Buddha has had a profound influence on my life, one that I think about often, and one that I’ve written about often so no need to write about it here. Needless to say going back there 17 years after my first visit left an indelible impression on me. Like the good citizen of the 21st century that I am, I took out my camera and snapped a picture. I then played around with the colors through Instagram and posted it there with some snide comment. I’m sure the comment was about how such an impressive thing could become a paint by numbers pictures in an old coloring book in the back of a smelly thrift store. I’m sure that was it?
I monochromed the image of Buddha and then printed him out on different types of paper. I then made a series of six collages on bingo cards (found at thrift stores) that were not quite 8 x 10. On the back of the cards I pasted an abbreviated story of my second visit to his feet. Now I have to send those images off to people.

Carmela said…
Jon--Enjoyed your story about the cosmic search for mail art ephemera. Creative exploration of the Buddha, too!
June 3, 2017 at 3:34 PM

zzzzzzzz said…
Thanks so much for reading. I really need to get some addressed on these and put them out into the world. Not sure why I've been sitting on them so long. See you in the mail!
June 9, 2017 at 7:33 AM