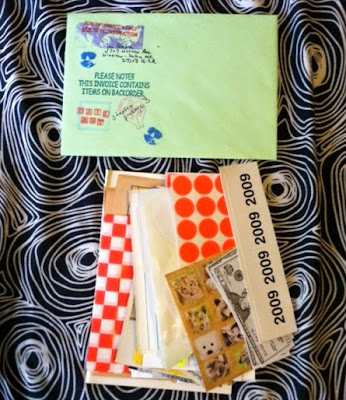 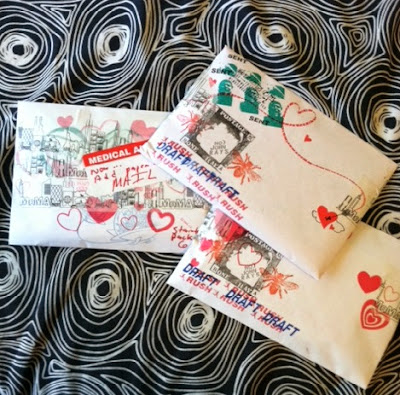 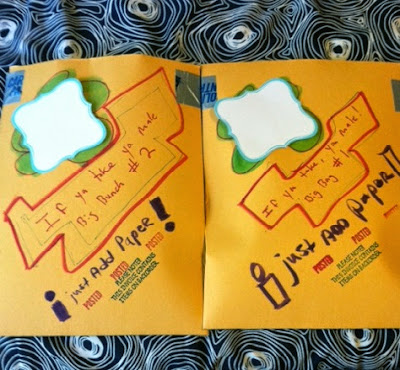 I looked around at all of my mail art supplies and realized something, I have way too much stuff. What tipped me off was another mail-artist sent me a giant box of stuff with a note that read, “I have way too much stuff.” Everything in that box was filled with great stuff, and a lot of rubber stamps. It only seemed right to return the favor to other folks, so instead of throwing things out, I decided to mail them, not to other mail-artists, but to folks who don’t create mail art. So that’s what I’m doing, I’m making these packages of stickers, envelopes, weird images, and old magazines and sending them out. The different sizes of packages is quite easy to explain. When initially put the feelers out there to see if anyone was interested in such things, only two folks who I regularly see said they wanted one. Those that I can simply hand a package to, well…they get a lot more. The smaller packages are meant to be mailed to everyone else. I “trimmed a lot of fat” with the ones I’m going to mail. Cutting down on postage weight isn’t a lot of fun. So this is the first round, I’m going to do as many of these as people are interested in. In other words, I may only send what I have here and then nothing else, but that’s fine. Hopefully some of those folks will make something out of the raw items and more importantly, mail them. Once I get all of these out I’m going to make a bunch of smaller, really random items, and send those to mail-art friends.