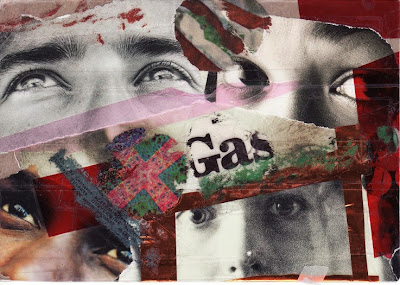 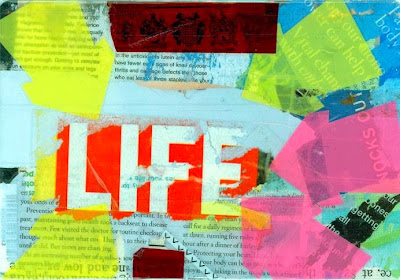 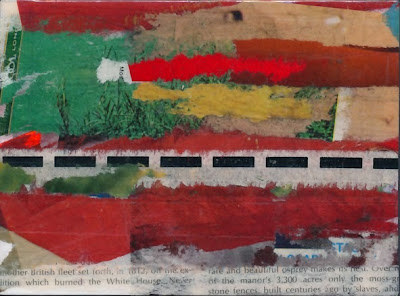 As soon as warmer weather starts I get less and less mail-art. For some crazy reason, people are inclined to go outside for the first time in months and enjoy the kind weather. Me, not so much, I’m inside as much in the summer or early spring as I am any time of the year. No reason to go out there, there’s where bugs live. Instead of enjoying the weather, I’ve been on a roll with making mail art, and especially terrible music. More music than anything really, especially considering a self-imposed deadline is coming up. Gotta’ deliver the new record to the record company by the end of summer…thankfully I’m the person who gets it delivered to since I’m the record company. I can only imagine what I could get done if my creative outlets had real deadlines on them. Unfortunately all my attempts at collaborating have fallen hard, no one is interested. I’m working with little over here but I don’t expect much on the flipside, just to make something. Anyway, that’s for another day. Because people are enjoying their lives elsewhere, I haven’t gotten lot of mail from folks, barely any at all. Since I’m staying in I’ve been making a lot. Hell, I’ve been making larger pieces as well, none of which I really enjoy. Currently I have twenty cards sitting around waiting to be sent out. I guess I could send them, I have the stamps, or maybe I’ll wait for a massive mailing? My plans for the end of the semester are pretty simple, at least during June. I’m going to read Moby Dick, watch as many movies as I possibly can (50 again this summer), make a lot of mail-art, create two new zines…one mostly of images and one of essays, and finish the third Nostrils record, Meatloaf Pants. This is going to be my June, mostly. I’ve also instructed my friends that have become new homeowners that I’m willing to help them do things around the house and for free. One seems completely disinterested in the idea; while the other will retain my services I have no doubt about it. Oh, and I told someone that I would be willing to work with his business. I don’t like having downtime, I like being as productive as I possibly can be, if not I get depressed and feel utterly useless. Thankfully I can choose to abandon any of the above ideas in favor of one of the other and that’s what I like. I actually feel like I’m in charge of my life for at least a month, maybe two months in a year. Here are a couple images that have landed in the world. One appeared in Germany, the other in Atlanta, I can’t remember where there other one ended up.

Cappuccinoandartjournal.blogspot.com said…
I'm with you -- I like to be busy too! The busier the better. And outside? Not so much....my mail is down too....I guess we will just have to send mail to each other. How about a little collage book? I am working on a zine or two myself....
May 1, 2014 at 10:25 AM

Taidgh Lynch said…
I shall have something for you soon in the form of audio. I have been climbing up the walls. Is profanity acceptable?
May 1, 2014 at 11:28 AM

zzzzzzzz said…
Pamela, for sure, I'll make sure and send you more things...I like the thinking. Collage book sounds great, I'll start on one this weekend. Going to make the thing out of something that looks like a picture album. When I finish with my side I'll send it off to you and then you can send it back...on it!

Taidgh. Of course, I'm pro-profanity! The project may take a little longer to materialize since I'm finding it difficult to get people to join, but hey, no time clock, right?
May 1, 2014 at 5:23 PM